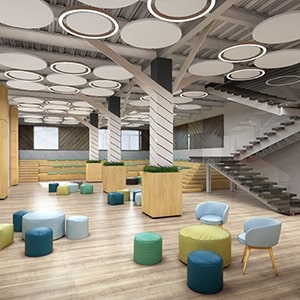 On 1 April, in its Moscow headquarters located on Dubininskaya Street, CWT Russia celebrated its 25 years of presence on the Russian market. The Company's staff members and top managers with glasses of champagne gathered in the festively decorated hall. Dmitry Gorin, CEO of Vipservice BT LLC which joined CWT Russia two years before, came to congratulate them, besides their immediate superior Aleksey Kushkin.

The first speaker was Aleksey Kushkin: "CWT came to Russia on 1 April 1994, the Laughter Day. Nobody believed this would work, but the Company has been on the Russian market for 25 years and I'm confident it'll stay here another 25 years!" CEO of CWT Russia distributed bouquets and St Petersburg's Angleterre Hotel gift vouchers to the Company's most loyal women employees who have been working for it over 20 years. He also promised that the anniversary celebration would not be limited to today's small corporate party and that similar events would be scattered throughout the year 2019 "to make work even more enjoyable".

Dmitry Gorin, CEO of Vipservice, said that the 25th anniversary is a big day for any travel company. As he said, the Company has accomplished a lot over these years, but much is yet to be done in the future. "It's nice that our Company now has a common history. I'm sure everybody will benefit from it. I wish success to our customers and ourselves. Working with CWT also means success as well as excellent service, reliability and quality."

He also reminded that in late April CWT Russia staff members would be moving to a brand new office that Vipservice had set up for them. "We are all looking forward to welcoming you there," concluded Dmitry Gorin.

A sweet gift – two beautiful branded cakes – were later offered to all staff members. Anyone had the chance to have a professional picture taken against the anniversary press wall. 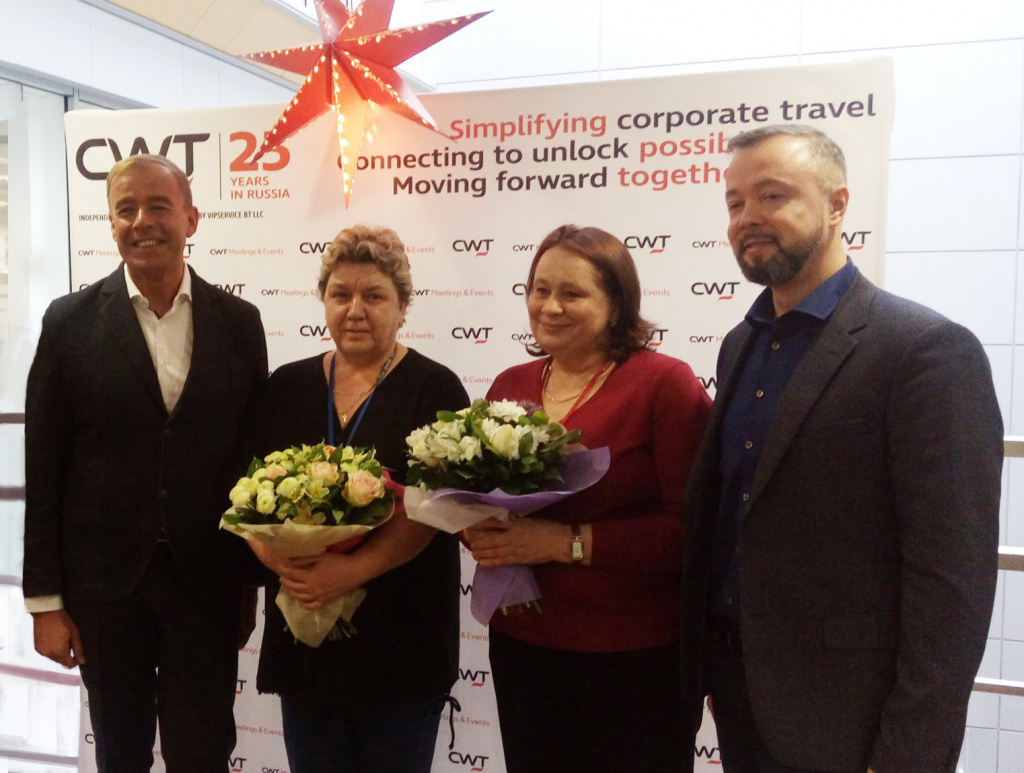 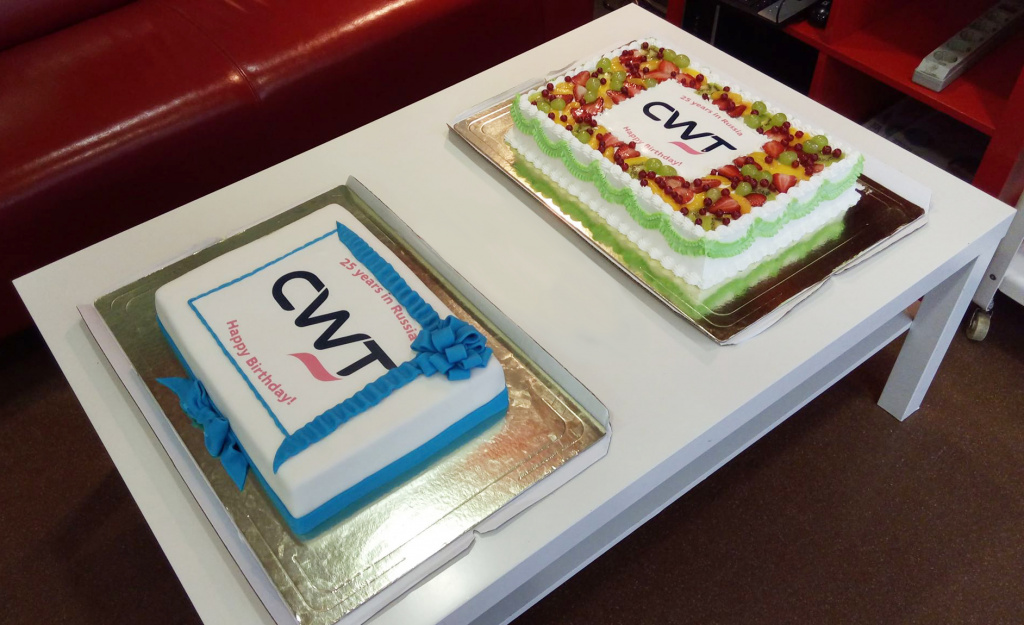 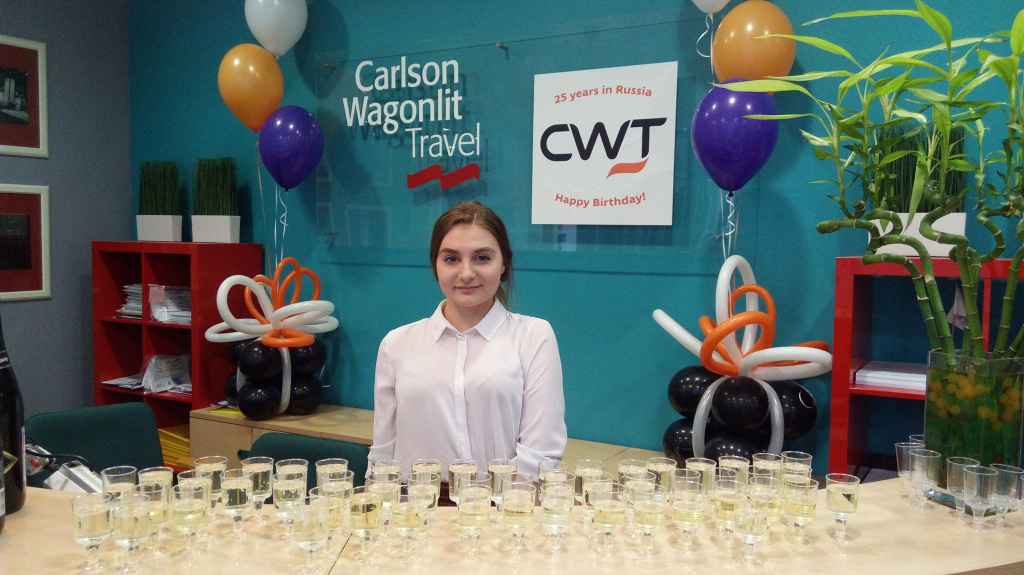 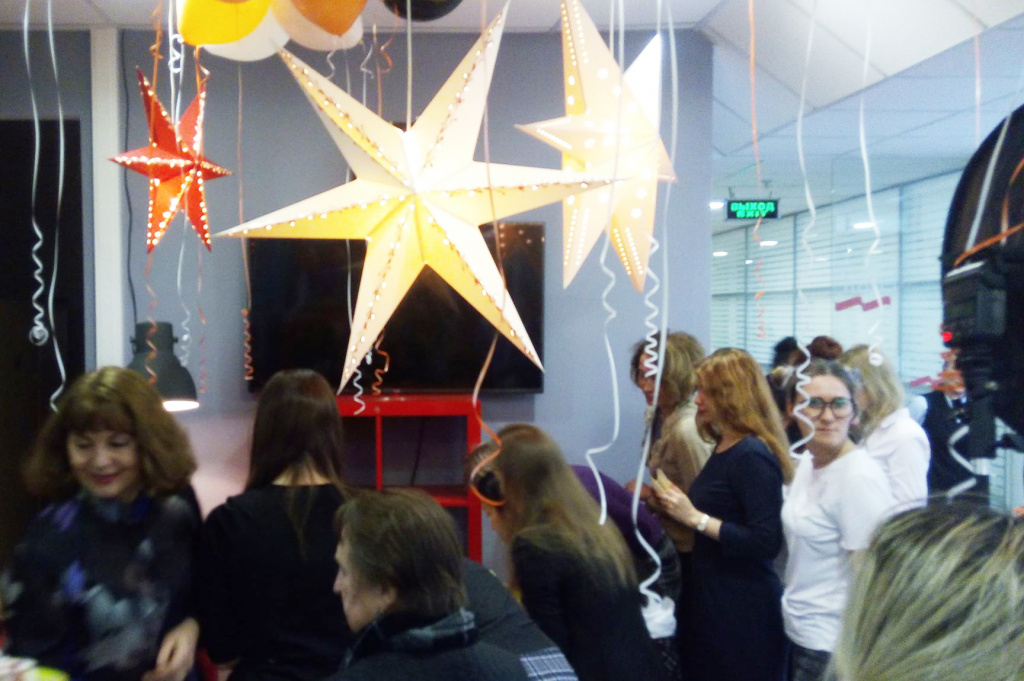